We face a calamity now and it is war. Not of shells and artillery, not a storm of steel. The war we see now is one between neighbours, a war of colours, a war of sexes and of kin. We have tragedy due to rage resulting from grief caused by war. Civil war, caused by fiction.

Man against woman, black against white, poor against rich. This will traumatise the fragile human condition and ensure tragedy’s continuance through the generations. Men will oppress women, whites will oppress blacks and the rich will have it out for the poor and vice versa. And thus such oppression admittedly or secretly, would require retribution. These are fictions, once they were real, now they are a real distraction.

‘Fiction telling’ is worse than lying. Rather than a mere falsehood, facts are adulterated and presented as “truth”. For a lie is easily identified. Flying pigs are a lie and so are unicorns. Everybody knows they are untrue. A fiction however is devious. A half truth that is spun, manufactured and marketted to the masses by the vendors of ‘breaking news’; The BBC, CNN, CNBC, Fox News, RT et cetera. The business of fiction telling is alive and well.

However, ‘breaking news’ is a fiction.

Remember, it is not the fiction of make believe that concerns us. Entirely fictional Sherlock Holmes is not the problem. Instead the fictions we must beware of have tiny kernels of truth, but are mutated obscenely to fit a propaganda narrative and sell a story to shore up support for fictional causes and goals for malevolent ends.

“Breaking News!; This dictator has weapons of mass destruction and that nation is oppressing its people. So we must attack them.”

The world has many fictions that serve different purposes. The fictions mentioned above distract us, so that the machinery of modern political and banking interests remain untouched. Man for instance believes the political animal he elects is powerful. However when the President of the United States, the one that came before the orange descendant of a German immigrant showed up, prints out more fiat currency than every other President that came before him combined, when the financial system of his country reaches crisis but he is unable to allow the commercial banks to fail, does he have any real power except to be a mouthpiece of the military industrial complex and financiers? No. Logically, he does not.

This is the orchestrated crisis ridden reality beyond the fictional facade.

Such fictions include; “The rich necessarily oppress the poor. And thus socialism is good.” Or worse; “Since the free market is a cornerstone for prosperity, capitalism must be the reigning doctrine.” This is the capitalist fiction.

“The world will go back to the stone age if we do not constantly grow our economies with excessive consumption and GDP growth.” This despite that now we see evidence showing a strong correlation between GDP growth and environmental destruction. Powered by the interest espousing banking sector.

“The rich in a capitalist system will oppress everybody else, and this we need communism.” However, the free-market is a necessary feature of human freedom. Trade is the lifeblood of civilisation. But the rich are demonised when it is not the rich, but the banker who helps perpetuate the interest ridden and thus oppressive economic system.

Similarly, socialism is not the noble welfare model and saying otherwise is a fiction. Mansa Musa’s empire was a welfare state where prosperity followed him, whereas socialism carries with it subtle and subversive ideological dogma. Modern amnesia has left us with little appreciation for the suffering of those who lived behind the iron curtain. The threat of communism (or more accurately a murderous socialist republic) eclipsed by the uncritical and fearful minds of the masses obsessed with nostalgic fears of the Third Reich.

Fiction telling is dangerous. It must be dealt with. How do we counter fiction telling? We must first ask; How are fictions produced?

Fiction is a byproduct of linguicide. Linguicide is worse than genocide. If the purpose of language is as a lens from which to see the world and shape the perception of reality, then once you control the language used you will control the people. In fact, in the hypothetical dictators’ handbook, step one is to storm the press buildings, arrest the writers and stop unfavourable publication. Step two, send them to the concentration camps and gulags.

Linguicide lays the foundation for war and genocide.

The ancients did not know the colour blue. There was no word for it.

Without language we are blind. Thus men of all nations and all tribes must rediscover their languages, their tongues. They must reacquaint themselves with their poetry, their myths, their tragedies and their sagas. The power in words must not be overlooked. They may make or break a civilisation, if not in brick and marble, then in spirit. If there is a cure for our trauma then an ingredient to it is language.

So important are words that it is the only profession which the United States of America protects by law and which John F. Kennedy, the last President with the substance to oppose the private banking powers, refused to force into submission, despite the Soviet menace subverting American media and print. The enemies of liberty shall not be silenced by silencing the free. Journalists however are a dead breed. Instead of reporting and critical analysis, instead of Tacitean reading of events, we have ‘breaking news’.

Our reality has been subverted, a fiction serves as its substitute and it is these fictions that we have seen cause civil wars. The fact that America was founded on the massacre (genocide) of the native American tribes and the chattel slavery of African men, women and children was subverted by the narrative of the fathers of that nation’s founding. America is an exercise in civil war. America is a fiction and it is falling apart. Liberty being the pretext of empire and expansion. Liberty in the American context is a fiction. The illuminating words of Sir Harold Laski would shine a light in the darkness that is American “liberty”. American liberty is guns, sex, drugs, rock & roll. Sir Harold’s words are more universal; “Liberty is the capacity to resist.” And resist we shall have to against that unholy evil banned by the Deen of Islam and the scriptures of the people of the book. Interest, or usury.

It is inescapable. A tragedy of our time. The root of any tragedy is trauma and trauma must be faced. If language is an ingredient to a cure for our ailment of intergenerational tragedy, imagination would be another. The native Americans will have to confront their tragedy where once great plainsmen, hunters and free peoples are now casino men. To revitalise their people they must rediscover their mythos and ancient imagination. They must find their Romulus, their Oguz Khan and their peoples’ foundational mythos and legends.

The blacks of America will similarly have to confront their fatherless childhoods and their post traumatic stress from living in live fire war zones. They must rebuild their communities, nation and spirit. They must confront their trauma as well as their need for retribution for no retribution or reparations will set them free. They must regain their imagination, abandon left wing politics and shed their fear of the term ‘slavery’. For not all slavery is equal with some instances of slavery featuring liberty of a better quality than the “freedom of modernity”. Slavery in the ancient world, both heathen and Islamic was not all a life of chattel. In fact the status of slaves in Athens was that of teachers for the young in the household and in the Islamic realms, they served a similar role to that of a medieval serf. They rose to become great. Elite warriors in the form of the Ottoman janissaries and even knightly nobility as in the case of the Mamluks in Egypt. This, rather than the sadistic transforming into chattel en masse of a whole people in the African American experience. That trauma must be overcome for the blacks of the North American continent to revitalise themselves as a nation.

The Western man must rediscover the writings of Nietzsche. He must cleanse his nation of past mistakes and make amends for imperialism by acknowledging its role in modern conflict as well as working tirelessly to better himself by taking on good role models. He must dispense with the dogmatic right wing, fascist or racist pride and rediscover the music of Wagner. He must return to the Greek and Roman civilisation and adopt long forgotten wisdom from the ancients; Tacitus, Seneca, Cicero, Polybius, Pericles et veterans to replace modern democracy which must be abandoned.

Man must stop his judgment of woman, he must stop interfering in her affairs of modesty, while woman must stop denying her womanhood and embrace her noble role, not as warrior but as lover, nurturer and caretaker. Both, man and woman, must work together as the ‘collaborative couple’.

America is a fiction, Malaysia and Indonesia are fictions, India is a fiction, Syria and Iraq are fictions. Conclusively the path to peace is the intense rediscovering of ancient myths and imagination, and the aggressive dispensing of modern fictions. 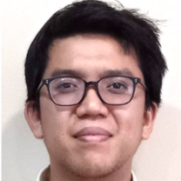